You Brought This War

by PRODUCT OF HATE 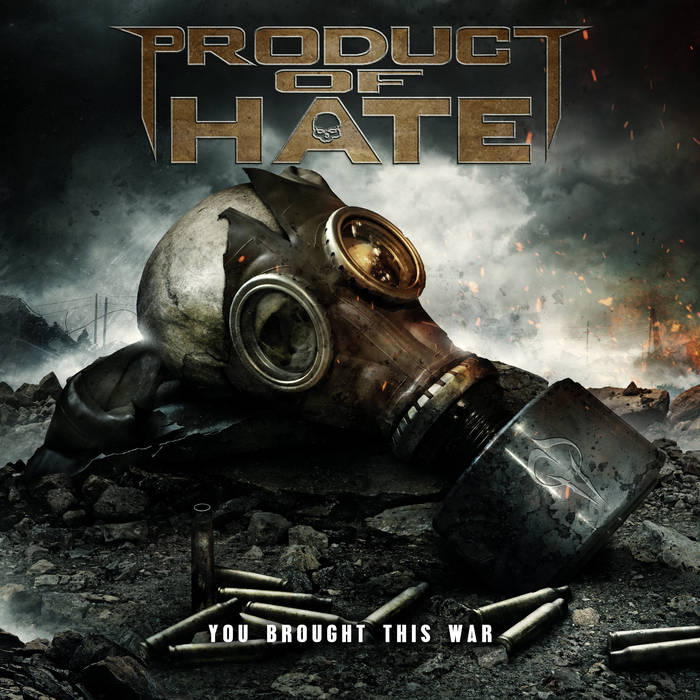 PRODUCT OF HATE will release its second full-length album YOU BROUGHT THIS WAR on February 5, 2021, on digital and CD. Digital pre-orders for the new album are available now. Physical bundles go on-sale in December.

The long-awaited follow-up to the band’s debut album, 2016’s BURIED IN VIOLENCE was recorded and engineered by Scott Creekmore (Broken Hope, Lionheart) at Mercenary Digital Studios, with mixing and mastering completed by Chris Collier (Korn, Prong, Whitesnake) of CMC21 Productions. The original intention was to release the album this past spring — plans that were sidelined to the global spread of the COVID-19 pandemic.

“We’re extremely proud of this record. We have poured everything we have into it and are beyond excited to have it finally released,” says lead guitarist Geno Rathbone. “We have been through so much as a band in the last couple of years. I feel that we have come out stronger, wiser, and hungrier on the other side of everything and everyone that ever stood in our way. We are ready to take this record out on the road and share it with the world.”

“It’s been a long time coming and I know a lot of our fans have been asking when the new album would be out,” comments frontman Adam Gilley. “Well, the wait is almost over and we cannot express just how excited we are to release this album. We’ve invested a lot and put our all into this one with hopes that everyone will love it.”

Artist Colin Marks of Rain Song Design, with whom the band collaborated on its debut album, returns to provide cover art for YOU BROUGHT THIS WAR and its accompanying singles.

“You Brought This War really resonates with what’s going on in the world today,” Gilley says. “It’s quite fitting that it’s coming out when it is and we’re very thankful to have some great people backing us on this record to help get it out there.”

PRODUCT OF HATE recently returned to its hometown of Kenosha, Wisconsin to film two music videos for the new album — a performance video for the title track and a concept piece for an upcoming single. The videos reunite the band with longtime collaborator James Zahn (The Rock Father) as director with Chuck Przybyl of MOST Visual as director of photography and editor.

PRODUCT OF HATE’s acclaimed debut album, BURIED IN VIOLENCE, was released globally in 2016 via Napalm Records. The band has been releasing music via its POH Metalworks imprint since 2018.

Bringing a furious brand of American metal from the depths of Southeastern Wisconsin, PRODUCT OF HATE has been seen on-tour with Allegaeon, The Agonist, Mushroomhead, IKILLYA, Skinlab and more.

Their debut full-length album, BURIED IN VIOLENCE was released in 2016 via Napalm Records.

Look for YOU BROUGHT THIS WAR, the second album from PRODUCT OF HATE to be released Spring 2021. ... more

Bandcamp Daily  your guide to the world of Bandcamp

MF DOOM is given his flowers, plus appearances from MC Jada Imani and Stanley Ipkuss